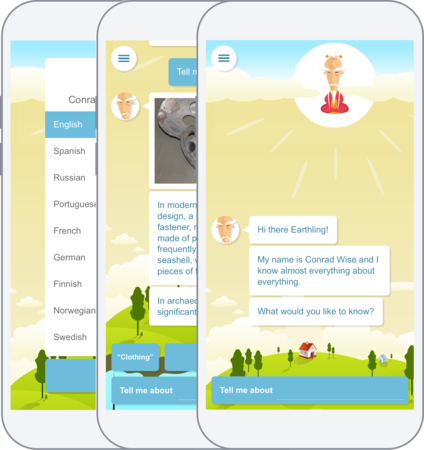 Conrad Wise is really smart. He knows a lot about over 5 million topics, speaks several languages and has terabytes of images. Wouldn’t it be cool to talk with such a creature? Well now you can! By chatting with him you’ll learn new things in an easy, fun and familiar way.

Conrad Wise uses mediawiki API, which is the API of wikipedia.org. Each language fetch data from their own sources, so there might be differences between languages, such as some information cannot be found under some languages. The English version is the most comprehensive. All data is searched via https and nothing is stored to server. Conversations between you and Conrad Wise are confidential.

This app is available for Android.